Roots of Empathy is an international, evidence-based classroom program that has shown significant effect in reducing levels of aggression among schoolchildren by raising social/emotional competence and increasing empathy. The program is designed for children ages 5 to 13.

It is delivered around the world, originating In Canada, and with the program also in New Zealand, the United States, the Republic of Ireland, England, Wales, Northern Ireland, Scotland, Norway, Germany, Switzerland, Netherlands, Costa Rica, and South Korea. 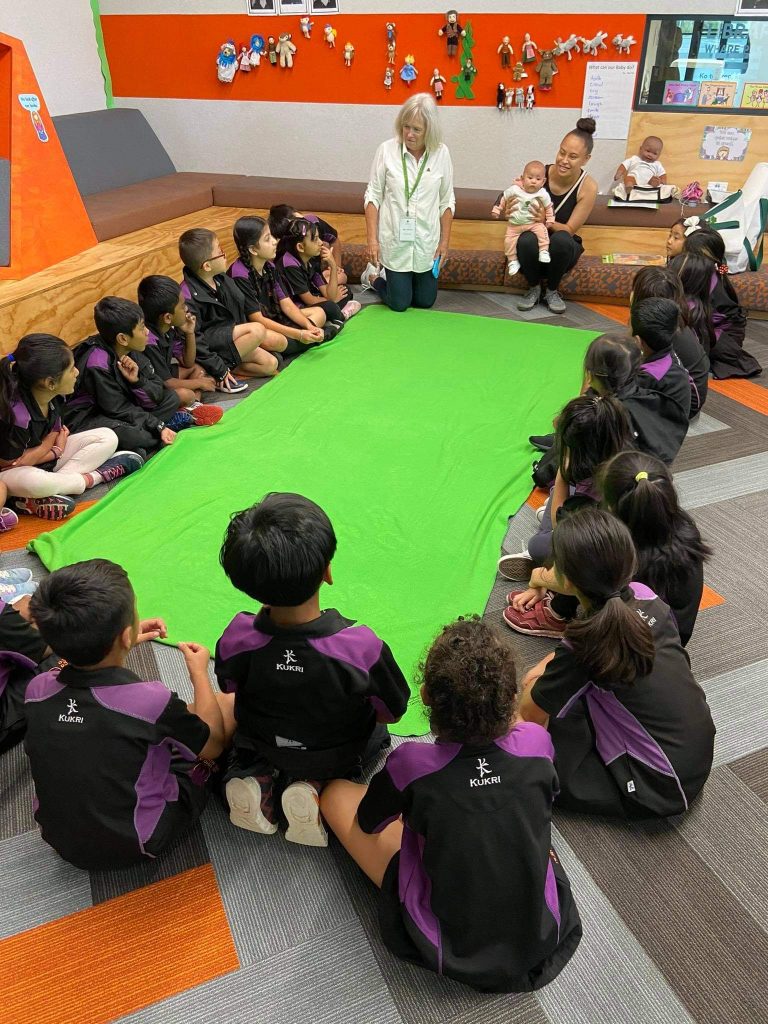 At the heart of the programme are a neighbourhood infant and parent who visit the classroom throughout the school year. A trained Roots of Empathy Instructor coaches students to observe the baby’s development and to label the baby’s feelings. In this experiential learning, the baby is the “Teacher” and a lever, which the Instructor uses to help children identify and reflect on their own feelings and the feelings of others. This lays the foundation for safer and more caring classrooms, where children are the “Changers.”

Children in Roots of Empathy classrooms:

The Instructor visits before and after each family visit to prepare and reinforce teachings using a specialized lesson plan for each visit.

In 2021 our Roots of Empathy teacher baby is Halo and her Mum Lytaliah.  They work alongside our kaiako Shasta and the Instructor Ally to bring this incredible programme to life.